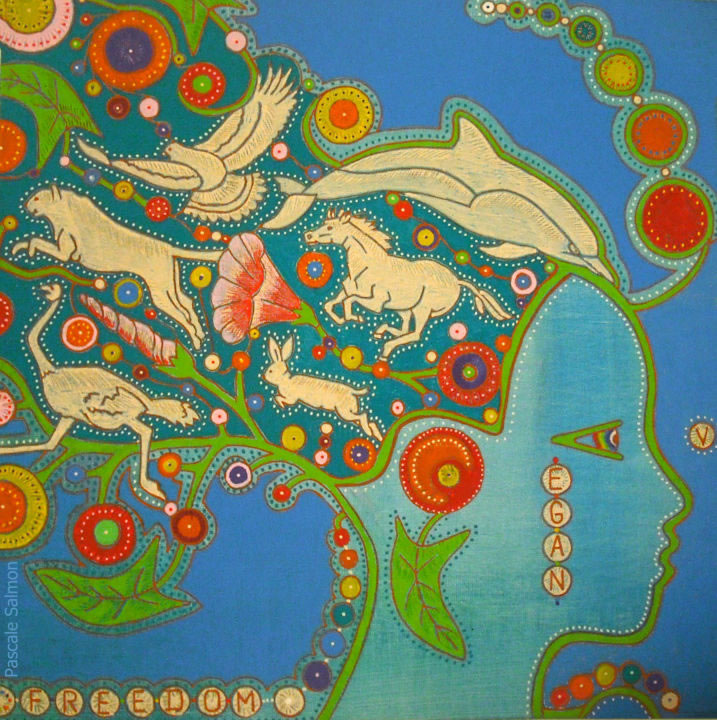 Music has the power to reawaken and deepen our emotional sensitivity, expanding our circles of compassion for others. This classical music concert presentation from husband-and-wife piano duo Drs. Joanne Kong and Paul Hanson is a reflection on “The Second Trust: Respect All Life,” exploring the vital connections to our kindred animals and advocating for increased awareness that how we treat our fellow beings has vast ramifications for life on our planet. It’s about seeing ourselves in others, and widening our spheres of love, sensitivity and kindness.

The RESPECT ALL LIFE performance presentation is followed by a 12 minute video as an addendum to the program from Dr. Kong and Vegan Linked titled “An Urgent Plea: Cherish All Animals” which offers critical commentary and sobering information about the status quo in a direct plea and unflinching look at what we must do to care for the animals we love. 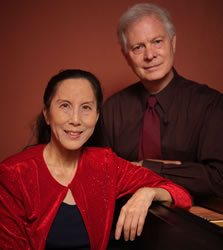 Dr. Joanne Kong is a concert pianist, educator, vegan animal advocate, lecturer and the author of “ If You’ve Ever Loved an Animal, Go Vegan.” She is the editor of a new book “Vegan Voices”, and will appear in the upcoming documentary, “Eating Our Way to Extinction.” Dr Paul Hanson is a critically acclaimed pianist, noted interpreter of contemporary works, educator and vegan advocate who has photographed nature and sanctuaries around the world.

The couple were inspired to go plant-based in the mid-1980s, influenced by Buddhist teachings on compassion, and learning about the horrors of factory farming. While both pianists are active performers and faculty members at the University of Richmond, they have travelled around the globe over the past five years to spread the important messages of veganism and compassion for animals and to combine their passions for music, animals, and our earth, for encouraging positive change in the world.

“For those of us advocating on behalf of nonhuman animals, music is a powerful means of awakening and touching listeners, for it opens another sphere of the senses to give heartfelt resonance to our message. In reaching beyond the limitations of the written or spoken word, the magic of music is that it compels listeners to turn inward, and connect with the core of emotional sensitivity and innate compassion that resides within. Ultimately, veganism is about the fundamental tenets of compassion, filling every waking moment of our lives with the highest good we possess as living beings—our capacity for kindness, empathy, and seeing ourselves in every other living being who shares our identities as living, sensitive and feeling beings who are aware.” 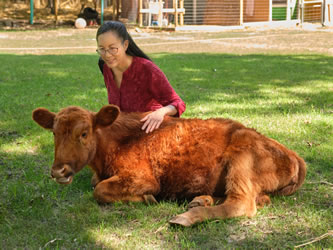 Dr. Kong is a vegan advocate whose work has been praised throughout the world. Her talks have been described as “a positive message about the way our daily choices can make the world a better place for others and for ourselves,” “making a difference and encouraging positive change to happen,” and “enlightening and provocative.” Some of Joanne’s presentations include appearances at the Richmond Vegetarian Festival, Charlottesville Vegan Roots Festival, the Chrysalis Institute, Asheville VegFest, VegFest Colorado, Sedona VegFest, San Francisco World Veg Fest, Peace Advocacy Network, National Animal Rights Day in Washington, D.C., Milwaukee Veg Expo, the PCRM’s Plant-Based Climate Summit, New York University, Tufts University, MIT, University of Southern California, and Yale University. Her highly-praised TEDx talk, The Power of Plant-Based Eating, at over 900,000 views on YouTube, is placed on numerous websites internationally. Dr. Kong’s book is titled If You’ve Ever Loved an Animal, Go Vegan, she is profiled in the book Legends of Change about vegan women who are changing the world, and is editor of a new book, “Vegan Voices: Essays by Inspiring Changemakers,” released this Fall by Lantern Publishing & Media. Additionally, she appears in the film “Eating Our Way to Extinction” and the upcoming documentary Taking Note about vegan musicians. www.vegansmakeadifference.com

The "Respect All Life" video and its follow up video piece "An Urgent Please: Cherish All Animals" were both co-produced and edited by videographer Jeff Adams / Vegan Linked, a content development platform and directory of skilled vegans and organizations, fostering community to advance compassion for animals. 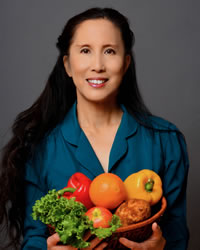 She was the Grand Prize Winner in the 1985 International Piano Recording Competition for her performance of Beethoven’s Diabelli Variations, and premiered Side by Side, the first concerto to feature a soloist in a dual role as pianist and harpsichordist. Dr. Kong’s piano students have been award recipients at state, national and international-level competitions, and she is in frequent demand as a chamber, instrumental and vocal coach, including guest teaching at the Colburn School, Yale University, New England Conservatory, New York University and the Global Summer Institute of Music. Currently she is the director of the accompanying and chamber music programs at the University of Richmond, Virginia. www.joannekongmusic.com 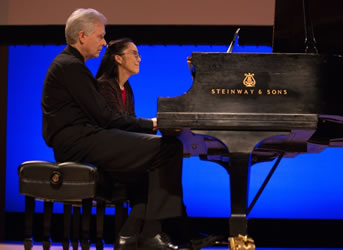 Pianist Paul Hanson has been acclaimed for his “dextrous authority” (Los Angeles Times), “relentless tension and drama” (The Virginian-Pilot), and the San Antonio Express-News wrote that “Hanson’s tender singing line, intelligent phrasing and total magisterial command made this a distinguished performance.” He holds degrees from Washington State University, the University of Southern California and University of Oregon, and has studied with Daniel Pollack, Leonard Stein, and Victor Steinhardt.

A noted interpreter of contemporary music, his solo repertoire includes the complete music of Schoenberg, repertoire of Ives, Stockhausen, Boulez, Ligeti and Carter, and numerous chamber performances include the works of Mario Davidovsky, Joan Tower, William Bolcom, Lukas Foss, Michael Torke, Morton Feldman, John Cage, Pierre Boulez, Ned Rorem, John Luther Adams, George Crumb, Richard Danielpour, Oliver Knussen, and John Adams. He has been a guest artist at numerous venues for new music including the Third Coast New Music Festival, Hindemith Festival, Los Angeles Monday Evening Concerts, Third Practice Festival, Columbia University’s Miller Theatre, the James Madison University Contemporary Music Festival, and has collaborated with members of the Grammy Award–winning chamber ensemble, Eighth Blackbird. During the 2008-2009 season, Hanson gave multiple performances of Elliott Carter’s Night Fantasies in honor of the composer’s centennial, and was a guest artist and faculty member at New England Conservatory’s Summer Institute for Contemporary Performance Practice. Dr. Hanson has served as Assistant to the Archivist of the Arnold Schoenberg Institute, has maintained an award-winning private piano studio, and is currently on the music faculty at the University of Richmond. In his travels around the world, he captures photographs of nature, vegan advocacy and sanctuaries around the world.