“Rejoice that We Are Part of the Animal Kingdom.” 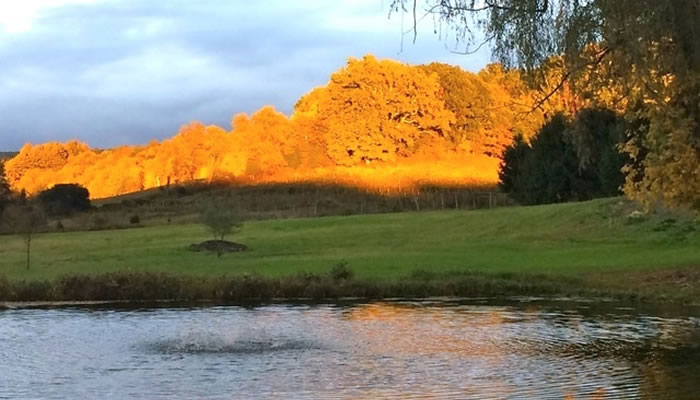 TAMERLAINE SANCTUARY & PRESERVE is a safe haven for rescued farmed animals, and a preserve for the conservation of wildlife and nature. The sanctuary’s 336-acre property features preserved farmland enveloped in forests, wetland, ponds, and fields. Founded in 2014 by Gabrielle Stubbert & Peter Nussbaum, Tamerlaine offers humane education programs and resources for all ages, community outreach in advocacy for animals and the environment, programs in the arts, social justice awareness, and pathways to exploring plant-based living.

Located in Montague Township, New Jersey, the sanctuary provides a loving home for its 250 animal residents that include cows, pigs, goats, turkeys, chickens and ducks - animals who have been rescued from factory farms, ritual sacrifices, urban slaughterhouses, or found abandoned.

Tamerlaine’s Preserve and Wildlife Program is dedicated to both habitat restoration and native flora and fauna protection. It includes both conservation and preservation initiatives with a focus on building thriving ecosystems for animals in danger of habitat loss and bringing back native wildlife. As part of this work, Tamerlaine has dedicated 26 acres to native pollinators and plans to open a Monarch Visitor Center in two years with dedicated gardens and walking trails.

Tamerlaine Sanctuary & Preserve is open to the public for visits, events, and programs that offer transformative experiences in connecting with farmed animals and nature. The sanctuary’s four part mission is: caring for abused and neglected farmed animals, conserving the land, educating about animal protection and environmental ethics, and advocating for a compassionate society. To learn more visit www.tamerlaine.org 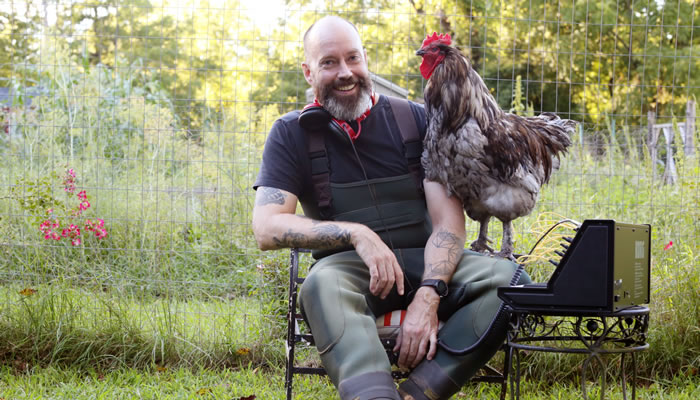 MICHAEL HARREN is New York based multi-media performer, composer, musician and recording artist who uses his artistry in dedicated advocacy for animals. He is Artist in Residence for Tamerlaine Sanctuary and the creator and performer of the deeply moving one-person multi-media performance pieceThe Animal Show, which premiered in NYC in 2016 at the Dixon Theatre to high acclaim and was presented again in 2017, followed by a tour of the play (which continues to be performed at venues across the country). Michael is the author ofThe Animal Book, a book about the true stories that his play is based on, and he is also the producer and performer ofThe Animal Album which features the music from the play.

A composer, musician, performer, producer and recording artist with several albums, Michael combines elements of classical composition with experimental electronics and storytelling to create hypnotic and boldly intimate work that walks the line between Laurie Anderson, Peter Gabriel and Dead Can Dance. He has toured as pianist with Sandra Bernhard, is the musical director for Cabaret for a Cause, is a Moogfest artist, and has performed at NYC’s Symphony Space, Joe’s Pub, Manhattan Theater Source, The Laurie Beechman Theater, Amazing Things Arts Center, and numerous venues, festivals, sanctuaries, and concerts around the country. He has also presented and produced many shows at the historical Judson Memorial Church.

Michael is the creator and host of the celebrated podcast series MIKEY-POD, highlighting the work of advocates and groundbreaking creatives in the arts. A past honoree of the Culture and Animals Foundation grant, Michael has been a featured presenter and contributing program coordinator with Compassion Arts since 2017. www.michaelharren.com 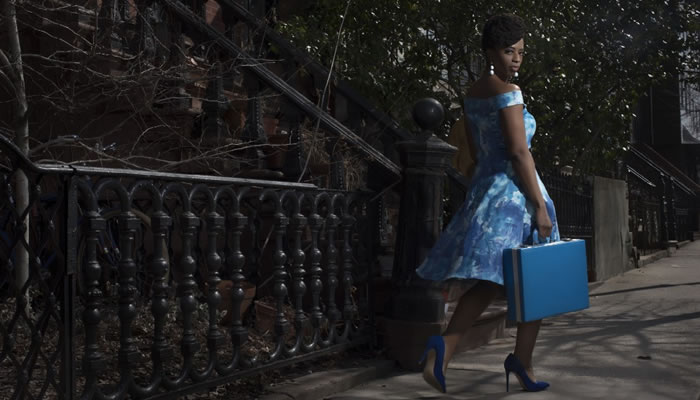 RISA BRANCH is a jazz singer and recording artist dedicated to animal advocacy and veganism. A distinctive and compelling songstress, Risa uses her platform as a singer to cultivate healing through her music and raising awareness through her advocacy. With her poignant depth of artistry in jazz, blues and R&B styles, her most recent album “I Thought About You” carries the listener on a soulful journey of vintage American jazz mastery, in seamless renditions of classic standards, as well as original songs. As a vocalist, she is often compared to Billie Holliday and Nina Simone, artists whose candor and distinctiveness-of-voice blazed a path that Risa sees herself walking in today, (an example of this is her remade version of the song “Strange Fruit” from her first album R and Be).

A committed vegetarian since high school and vegan since college, she’s been campaigning for animal rights and food justice in various capacities ever since; working for many years as an advocate in non-profit organizations for civil rights, animal welfare, and gender equality. She was a contributing writer in Lisa Kemmerer’s 2012 book Speaking Up For Animals, authoring the essay Using My Voice about speaking against animal exploitation as a moral responsibility.

Risa is currently based in New York City, and has performed extensively in the US and Canada. Her work is best summed up in a 2019 interview by Camille D’Angelis who writes “Fueled by plants and inspired by classic jazz, Risa Branch will be filling the air with healing notes for many decades to come.” Click here to read the full article. For more info www.risabranch.com 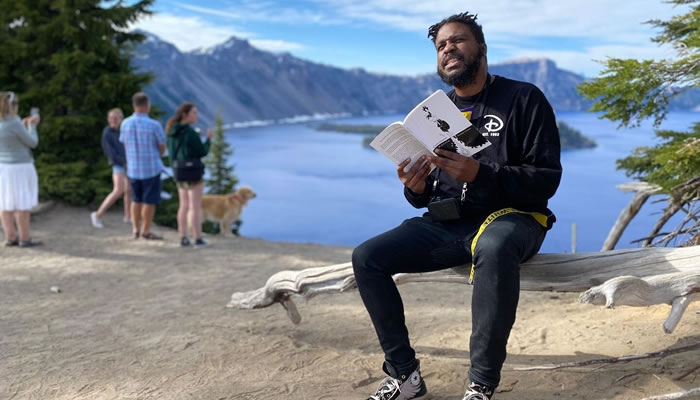 DONALD VINCENT (MR HIP), also known as MR. HIP, is a poet, educator, performer and creator of the hip hop album Vegan Paradise, as well as the author of Convenient Amnesia, a book of selected poems on racism, violence and the legacy of oppression and exploitation that we choose to forget. Mr. Hip is also the creator, producer and host of That’s So Vegan, a video series for merging creativity and education on plant-based foods with uplifting information on vegan living; and he is the founder of le pamplemuse™, a content development platform dedicated to spreading the awareness of vegan companies and plant-based products.

A uniquely thought-provoking and inspiring creative voice in spoken word artistry, his songs interweave storytelling, poetry, and hip hop as an instrument for outreach and raising awareness, advancing justice and compassion, and bridging cultural divides. He is also a featured essayist in the recent released anthology Brotha Vegan, edited by Omowale Adewale.

Mr. Hip is a past honoree of Culture and Animals Foundation grant and has been a featured presenter, program coordinator and collaborator with Compassion Arts on numerous projects since 2016. He recently completed working as the Community Outreach Coordinator for PEN America traveling throughout the country organizing press freedom advocacy events and programming. Currently he can be found teaching English Composition for UCLA’s Writing Programs and Literature at Emerson College Los Angeles. www.hidonaldvincent.com 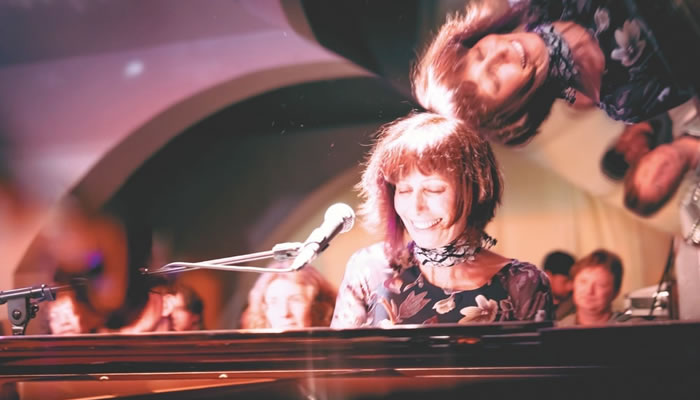 JOY ASKEW is a musician, singer, composer, recording artist, and animal lover! Arriving in New York from London, Askew was following her dream of a big career as a musician. She was the proud owner of a cutting edge new keyboard the Prophet V synthesizer and a Fender Rhodes piano. Very soon she found herself singing and playing on a long and successful world tour with Joe Jackson in support of his hit "Stepping Out". The following 12 years she played and sang on tours and albums with Laurie Anderson, Joe Jackson, Phoebe Snow, Rodney Crowell and Peter Gabriel, also appearing in Laurie Anderson’s movie “Home of the Brave”. During this time Joy began working with her own band writing songs.

Her songs have been featured in several films, most notably the award-winning documentary “Peaceable Kingdom The Journey Home” and have been picked up for publishing by Warner Chappell & Quincy Jones.

Joy is currently living in NY and is as passionate about making music as ever with her 8th full length record “Queen Victoria”. A devoted animal advocate for more than two decades, she has written numerous songs about animals and the earth, volunteered and performed in support of sanctuaries, and worked with Compassion Arts since 2016, including performances for presentations at Pace University and Symphony Space (NYC) and video participation in CAF2020. 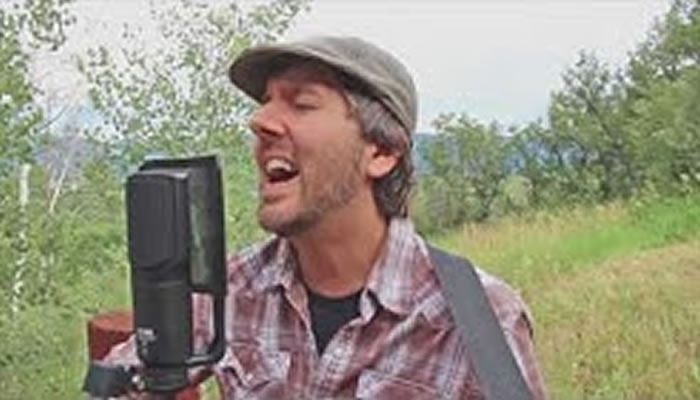 DANNY HAMILTON is performing singer-songwriter, musician, and recording artist whose songs are a merging of Roots Rock and Alternative Country. Nominated twice at the Los Angeles Music Awards for "Male, Singer-Songwriter of the Year" and once for "Independent Album of the Year, " his music has been listed in Music Connection Magazine's HOT 100 list and his albums have received rave reviews, and played widely on indie and college radio stations all over the country! Danny and his band have performed at Anaheim Stadium, South By Southwest and at numerous art & music festivals all over Southern California. He has opened for artists such as The Marshall Tucker Band, Roger Clyne & The Peacemakers, Paul Thorn, Dana Fuchs, Cody Canada, and BJ Barham, and his songs can be heard in multiple independent feature films and tv shows. He uses his platform and artistry to help bring attention to social justice issues and raise awareness about the plight of animals. A dedicated artist in vegan outreach, he has created songs and videos ( “Until We All Rise” and “It’s What you Want” as examples) for helping to inspire others in creating a more compassionate and just world for all. He also uses his platform as an instrument for education and outreach in interviews, media and social media to help inspire positive change around these issues. 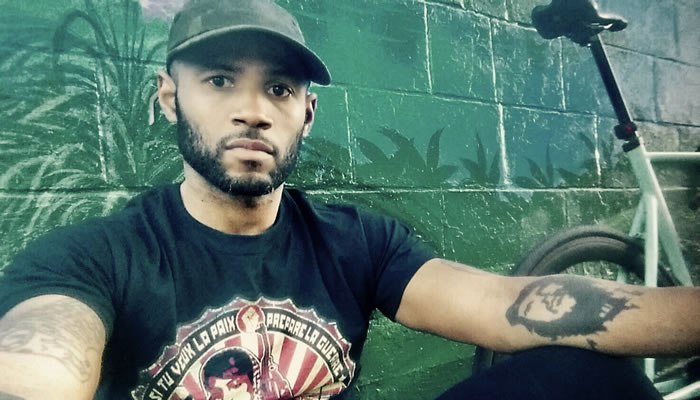 STEWART MITCHELL is a spoken word artist, a writer of poetry and children’s books and a vegan advocate for the rights of both human and animal lives. He is the creator of V.O.I.C.E.4change, a group for positive activism centered around performing arts, that uses spoken word, poetry, and song to advocate for animals.

Stewart’s journey began when he started to trust his instincts and questioned the business of practices with food companies, which led him to plant-based living and using artistry for activism in creating change for animals and people alike. His self-published children’s book, Kayla the Vegan, tells the story of a young girl who shows her peers how being compassionate by eating healthy foods that don’t harm animals can benefit everyone. His follow up book, Liberation Summer, is the story of a young adult who learns about the factory-farming industry and the existence of food deserts in low-income communities. Both books emphasize the importance of having empathy for others, including animals.

More about his work and his journey as a vegan activist can be found online in interviews with PETA (People For The Ethical Treatment of Animals) and other media, including digital platforms such as All-Creatures and Black Vegans Rock and podcasts like MIKEY POD and Change The Narrative with JD Fuller, as well as on social media (Vigilante Vegan) and V.O.I.C.E.4change. 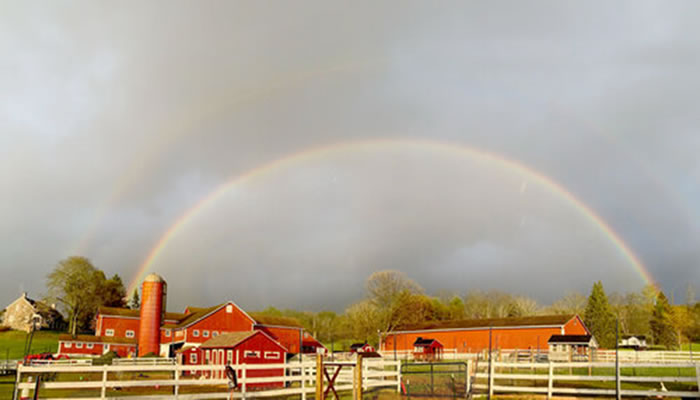 SANCTUARY: Compassion Arts Festival seeks to connect our events as much as possible with sanctuaries. All of our festival events are free because we want to be able to share with everyone who is interested in hearing and seeing, the depth of inspiration and awakening that touches our lives when we expand our circle of compassion. We urge those visiting this festival to explore the work of sanctuaries that do so much for the animals we love, including Tamerlaine Sanctuary & Preserve, our featured sanctuary in this musical festival event KINDRED SOUL.